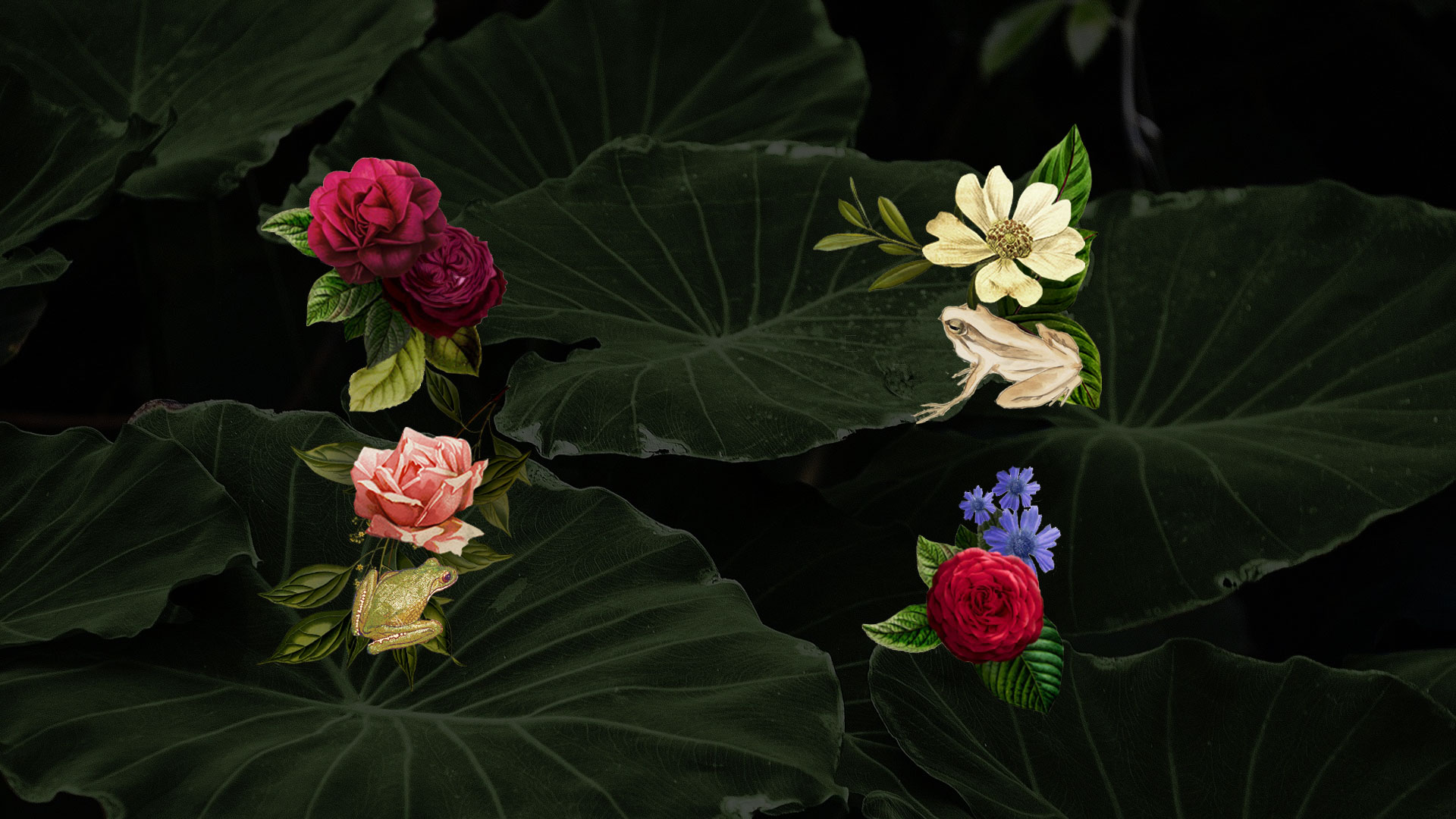 “Reiki “霊気” is a Japanese word which means a mysterious, ethereal and sacred energy of the universe that sustains all life. Reiki was realised on Mt Kurama by Mikao Usui in 1922. Through Mikao Usui, Reiki therapy has spread all over the world, bringing wellness and comfort to all who receive it including patients in palliative care.” – Hyakuten Inamoto

氣 KI: the atmosphere or something unseen or the energy of the universe (‘life force’).

Reiki was used by Usui Sensei to describe the universal energy or life force. The word “REIKI” is a common noun in the Japanese language. This cosmic energy has a variety of names by people in many countries from ancient times. It is called Chi in China , Ki in Japan, Prana in India, Mana in Hawaii. It is the essential energy for all beings to live healthy and happy lives.

What is Reiki Ryoho

Reiki Ryoho means Reiki therapy or Reiki Healing Art. Reiki Ryoho is a Japanese hands-on healing art to improve the mind and body by channeling the inexhaustible and unlimited energy of the universe. One is initiated into Reiki Ryoho by means of a ritual called “Reiju” or “attunement.”

“I truly benefited from her compassion and insight. She really helped to guide me in my journey of healing, and she did so in a very kind manner that helped me feel comfortable and listened to. I recommend Holly to anyone searching for enlightenment and healing.“

Guidelines for higher consciousness and growth:
The Reiki Precepts

For Today Only:
Do not anger
Do not worry
Be humble
Be honest in your work
Be compassionate to yourself and others

Mikao Usui Sensei is the founder of Reiki Ryoho (Reiki Healing Art or Therapy). In 1922, at the age of 57, he decided to spend 21 days fasting and meditating on top of the holy Mt Kurama in Kyoto, the ancient capital city of Japan. On the final day, just before dawn, Usui had a profound spiritual experience. He attained a glimpse of spiritual enlightenment and at the same time a healing ability.

Reiki Healing Art is this healing ability made into a form of therapy. Wanting to share this healing therapy with others, he opened the Usui Reiki Ryoho Gakkai at Aoyama, Tokyo in 1922 and the Usui system of Reiki was born. Usui developed the Reiki levels of training, the three symbols of the second level, hand positions, and developed an attunement method. He also developed the Five Spiritual Reiki Precepts (Gokai).  It’s important to note that there are many western distortions regarding the origins of Usui Reiki. The system isn’t a result of research or discovery in ancient texts. See ‘western distortions‘ for more information.

Retired Imperial Navy Captain, Chujiro Hayashi, was a student of Usui Sensei. In 1925, he was initiated into Shinpiden (‘Teacher’) and was an active member of the Usui Reiki Ryoho Gakkai. He left the Gakkai in 1931 and opened a Reiki clinic – Hayashi Reiki Kenyoku Kai. He kept detailed records of the treatments given. He used this information to create the Hayashi Healing Guide that included detailed hand positions for specific illnesses and conditions. It’s here were he changed up the original symbols of Usui. Being a medical doctor, he wanted symbols that were more in line with his medical knowledge and experience.  He changed the way Reiki sessions were given by having the client lay on a table instead of sitting and be treated by two practitioners. He simplified the attunement process and may have been the one to add the master (teacher) symbol. Dr. Chujiro Hayashi was one of Dr. Usui’s closest collaborators but he was not, as attested in the West, a “grandmaster.” No such title exists in the Usui system.

Takata was a Japanese American born in Hawaii. After being diagnosed with an abdominal tumour and gallstones she traveled to Japan in 1935. She was treated with Reiki by Hayashi Sensei and fully recovered. Wanting to learn the system herself, Takata became one of Hayashi Sensei’s students and worked for a year in the clinic before returning to Hawaii. In 1938, during a visit to Hawaii, Hayashi  initiated Takata into Shinpiden (Teacher).  She was the first person to bring Reiki to Canada and the USA. Takata later initiated either 16 or 22 Reiki Masters (note that Master in the context of Reiki means ‘teacher’). To make sure Reiki survived her, Takata believed she needed a successor.  She first approached her granddaughter Phyllis Furumoto to carry on the lineage. Phyllis had a moment of hesitation and a woman named Barbara Weber Ray stepped forward to form the American International Reiki Association. Phyllis reconsidered and then formed the Reiki alliance. A third branch in the Reiki family formed in the West when Carrell Farmer, initiated by Phyllis, responded to her inner calling to initiate Reiki Masters and formed the Conscious Healing Institute. I am a student of this Institute under the tutelage of my Reiki Master, Dr. Anne McMurtry.

The reality is, for all Western practitioners, unless we’ve sought out some of the remaining Shihans/Shinpidens of Usui Reiki Ryoho in Japan, we do not have the original teachings of Usui. Both Hayashi and Takata made changes.  After Takata, Western practitioners – in a bid to make more money – created four levels (I, II, Advanced and Masters) when originally there was only three (I, II, Masters) from Takata/Hayashi and two from founder Usui.  It’s not uncommon for an Usui Reiki Master now to train others under this four level system without knowing it was never intended by Usui, Hayashi or even Takata.  They are following what they were taught. Also, sadly, Takata fabricated much of how Reiki came to Usui.  Usui was never a Christian monk or school headmaster. He never had students ask him how Jesus Christ performed miraculous healing.  He never obtained a Doctorate in Theology from the University of Chicago. She created these stories in the hopes that Reiki would be more attractive to the predominantly Christian USA. 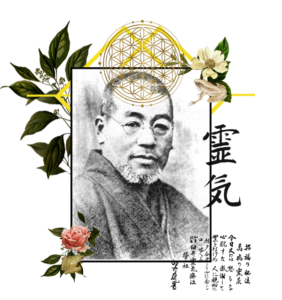 Mikao Usui discovered Reiki during a mystical experience on Mt. Kurama, a sacred mountain near Kyoto, Japan in 1922. A few months later he created the Usui Reiki Ryoho Gakkai, a healing society, and a Reiki clinic in Harajuku, Tokyo. Usui was the first president of the Usui Reiki Ryoho Gakkai. After he died, he was followed by a succession of presidents: Mr. Ushida, Mr. Iichi Taketome, Mr. Yoshiharu Watanabe, Mr. Toyoichi Wanami, Ms. Kimiko Koyama and the current successor to Dr. Usui as of 1998 is Mr. Kondo. Contrary to what has been said by some in the west, there is no “lineage bearer” or “Grandmaster” in the system of healing started by Usui, only the succession of presidents listed above. For example Dr. Chujiro Hayashi – who was taught Reiki by Usui – was a respected Reiki master and made valuable contributions to the development of Reiki. In the West it is believed he was designated ‘Grandmaster’ or lineage bearer by Usui. He was not and he was never the president of the Usui Reiki Ryoho Gakkai.

Reiki in the West

It was either Dr. Chujiro Hayashi or Hawayo Takata that added a master symbol. Usui and the Usui Reiki Ryoho Gakkai did not use a master symbol. Master in Reiki does not mean mastery level, it means ‘teacher’ and gives the ability to initiate new Reiki practitioners. Takata said Reiki is an oral tradition so there were no handouts, recordings and note taking wasn’t allowed (however there was one initiation she allowed notes which has been documented). Because of her rules, it became difficult to verify exactly how Reiki is to be practiced. This became problematic after she died. After Takata’s death, a few teachers began making changes in the way they taught Reiki. Most of changes were positive like combining Reiki Ryoho with other modalities, but some changes were not so positive. Some took the Third Degree and divided it into several small parts, calling each new part a new Degree and charging more money. Often, they never mentioned that they had modified the Takata system. When their students became teachers, they thought they were learning pure Takata style Reiki, even calling it pure Usui Reiki when in fact it was not. Because of this, many varieties of Reiki have developed with some thinking they have the only authentic version of Reiki when actually what they are teaching is a modified form. A lot of information on the internet about the history, teaching and practice of Usui Reiki isn’t well researched. People are just publishing anything they have heard without attempting to find the source or check references.
Source: Rand, William. Reiki, The Healing Touch. Southfield, MI: Vision Publications, 1991.

“The things I have learned from her have stayed with me today, and I am able to apply them within my everyday life.”

WHAT HAPPENS IN A SESSION